The future is mono:

In this interview with pv magazine, the president of integrated monocrystalline PV maker Longi Solar  gives his perspective on market and policy changes in China, Europe and the United States, as well as giving an update on his company’s very rapid growth.

Among global PV manufacturers, Longi Solar is perhaps the most dynamic. As the world’s largest producer of monocrystalline ingots and wafers, the company has grown at a stunning pace over the past five years, and now has also achieved a top-3 spot among global module makers. pv magazine caught up with President Zhenguo Li at the recent Solar Power International trade show in Anaheim, California, where he gave his thoughts on a range of topics.

pv magazine: Right after the SNEC trade show in May of this year many market participants were surprised by the new China central government policy to limit subsidy support for PV installations. What is Longi’s view of this new policy and how has the market changed since this policy was announced? Zhengou

Li: Even without this 31/5 policy change, the market will not be that different than before. We can give you an example. The solar industry, is like most industries – once the industry gets mature, consolidation needs to happen. Meaning that the technology evolves. The multi-wafer price collapsed before this policy change. So this new policy change caused short-term issues for most companies, including us. We will face the pressure of profit. But for the long term, it will not change our position in the industry. pv magazine: Another question on policy: The European Commission recently announced its intention to discontinue the Minimum Import Price (MIP) for imported modules. How will this affect Longi’s business in Europe? What opportunities present themselves?

Li: This will have a positive impact. Longi has set up an ambitious target for the EU market. The removal of the MIP allows Longi to better serve the EU market by providing high performance new generation products that are currently manufactured in our China facilities. At the same time the removal of the MIP will also allow renewable energy costs to reduce dramatically. That will help motivate stronger market demand than expected.

pv magazine: When I spoke with you at Intersolar North America, you provided some thoughts on the market share that you expect for mono and multicrystalline silicon in 2018 and 2019. Have there been any developments in the last two months that have changed your perspective to any degree, and can you comment on the price trends that you are seeing for wafers?

Li: First off, it takes time to figure out the shift. Some projects were designed based on multicrystalline and they cannot change the module design. But today almost everyone realizes that mono is the future. So once people reach this conclusion, this change can happen really fast. I can give you an example based on diamond wire cutting. 2017 was the first year when diamond wire cutting was first adopted. By 2018, the percentage might be 40%. In 2022, diamond wire may be 100%. 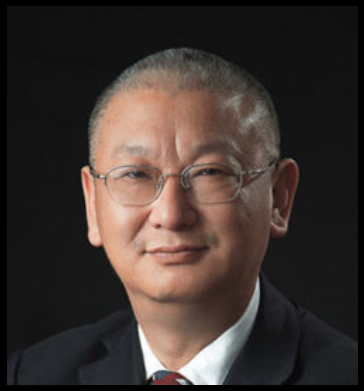 That was the conclusion back in 2017. In reality, in 2018, diamond wire adoption is 100%. It happened faster than anyone expected. Today most people have reached the conclusion that mono will replace multi. So that will happen must faster in the next one or two years.

pv magazine: Can you speak to the progress of capacity expansions? Are you on track to reach 25 GW of ingot and wafer production by the end of this year, and to reach 45 GW by the end of 2020?

pv magazine: Moving to cell and module technology, is Longi still on track to produce 1 GW of bifacial modules this year, and what are your thoughts on future market shares of bifacial technology?

Li: Within 2-3 years, bifacial will be mainstream technology for utility projects. This year we will ship more than 1 GW bifacial modules. Next year we will have more than 10 GW supply capability of bifacial modules.Chinese solar manufacturer Longi yesterday insisted patent infringement accusations made by Korean rival Hanwha Q Cells – and associated lawsuits – would not affect its normal operations and today it announced a major production capacity expansion in its homeland. The Xi’an-based solar giant revealed it is pumping out high-efficiency monocrystalline PV modules at its new factory in Anhui province, including its Hi-MO3 bifacial, mono halfcut PERC product. In a press release to announce operations at the new fab in the city of Chuzhou, Longi revealed the first panel had been produced at the site in January and the 2.5 GW capacity first phase of the 5 GW facility is now up and running. Commissioning of the second phase of the Anhui project is taking place and the gigafactory “will start full production soon”, according to Longi.

The Chinese manufacturer, whose entire production capacity is geared to passivated emitter rear contact (PERC) cell technology, stated it will press ahead with huge expansion plans to next year reach 45 GW of monocrystalline silicon ingot and wafer capacity.

Manufacturing boom Heralding the operation of the $328 million Anhui fab, which broke ground in May and was constructed and commissioned by the end of the year, Longi president Li Wenxue said: “In 2019, our company identified a gap between fast-growing global orders and our high-efficiency cell and module capacities. [The] Longi Chuzhou factory will greatly narrow this gap. Besides manufacturing, the factory will also facilitate the transformation of technological and technical achievements to the mass production of new products.”